The Roman Forum was the main ancient square in the city of Rome, a structure around which ancient Rome was built and were most of the commercial life was developed, from merchants that sold different produce and products up to prostitution. The Forum was also the main place for triumphal processions (ceremonies, civic and military parades, and religious rituals.) Around the Roman Forum there were also several statues and monuments to commemorate the great men of the ancient city. Today, it is still in the center of the city east of the Colosseum, but now it is surrounded by the ruins of important buildings that were once functional in the city.

The Roman Empire was the post-Republican period of ancient Rome. After Julius Caesar’s death and the end of the following Civil Wars, Augustus would finish the work of his great uncle and give the Forum its final form. The Roman Forum was the main district made up of basilicas, public squares, and temples that were the center of the Roman Empire’s political, commercial, and social activities. At the beginning the Roman Forum was a marketplace but evolved into ancient Rome’s main square for elections, public speeches, gladiator matches, criminal trials, and triumphal processions. Most of the structures built were constructed during Julius Caesar’s reign and his successor, Augustus.

Construction of the Roman Forum

According to tradition, the Roman Forum is connected with the alliance between Romulus and his rival Titus Tatius. Romulus was the first king of Rome that controlled the Palatine Hill, and Titus occupied the Capitoline Hill. Since the valley was placed between the two settlements, it was the designated neutral spot for them to meet. At first, it served as a marketplace for day-to-day commercial activities. Over time, it evolved to a more versatile and functional place for public affairs 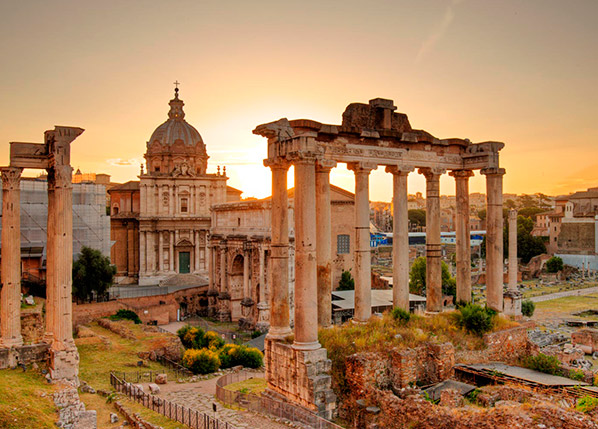 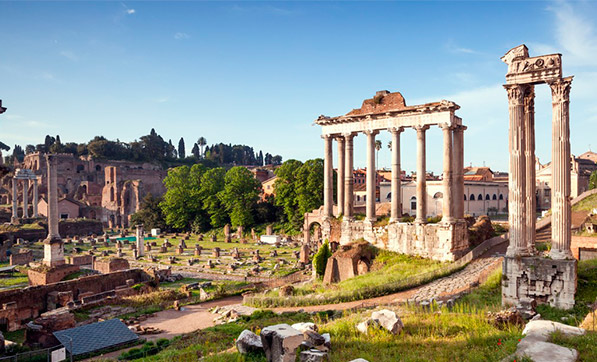 Architecture of the Roman Forum

The Roman Forum was the main square in ancient Rome, situated on low ground between the Palatine Hill and the Colosseum. The Roman Forum was outside the walls of the original Sabine fortress, and was entered through the Porta Saturni. When the two hills joined – The Palatine Hill and Capitoline Hill – these walls were mostly destroyed. The original Forum functioned as an open-air market and evolved to become the ancient Rome’s main plaza.

The Roman Forum today is a composition of fragments and pieces of what used to be ancient Rome’s main public plaza. Most of the oldest and important building structures of the city were built on near the the Forum. Shrines, basilicas, temples, government buildings were part of the Roman Forum, and what you can see today are mostly ruins. 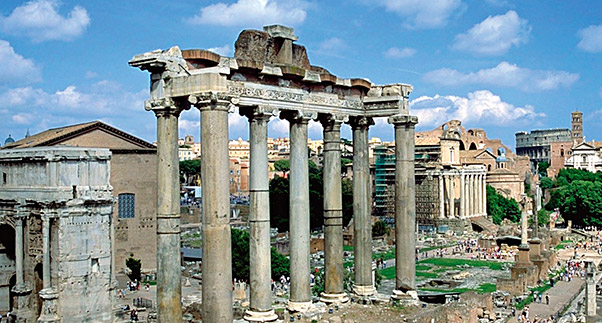 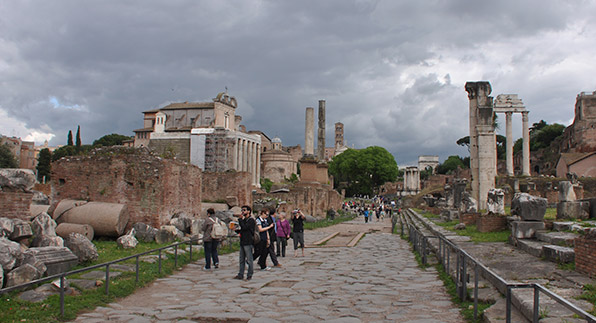 The Via Sacra used to be the main street in ancient Rome, which leads from the top of the Capitoline Hill, going through several of the most important religious sites of the Roman Forum – the widest street in the plaza – up to the Colosseum. The road was part of the Roman Triumph – the traditional route – that started on the outskirts of the city and went through the Roman Forum.