History of the Domus Aurea

The Domus Aurea (‘Casa de Oro’ in latin) was a great palace built under the regime of emperator Nero right after the great fire of Rome in AD 64. According estimations made over the years it occupied around 50 hectares between the hills of the Palatine and the Esquiline, including the Oppio Hill.

It was the most ostentatious palace that no king, consul, or emperor of Rome had ever thought of. “Finally I can start living as a human being” he said when he first visited his brand-new Domus Aurea, which had been built as his private palace. Currently, visitors can relive part of the emperor’s feelings thanks to the multimedia tour with virtual reality glasses that is offered during the weekends. 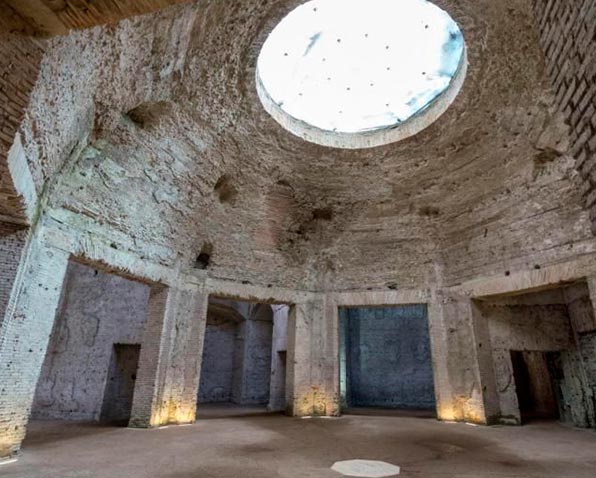 The Domus Aurea, which is latin for Golden House, is a huge and extravagant palace built in the heart of ancient Rome that was envisioned by emperor Nero between 65 AD and 68 AD after the great fire in 64 AD that destroyed a large part of the city and the aristocratic villas on the Palatine Hill. The fire began in the merchant shops around Rome’s chariot stadium, Circus Maximus. The fire lasted for six days until it was brought under control, but it reignited and burned again for three more days. After the fire burned out, two thirds of Rome had been destroyed. According to later Christian tradition, Emperor Nero blamed the city’s devastation the Christian community, which initiated with the Roman empire’s first persecution against the Christians.

The Domus Aurea complex covered parts of the slopes of four of the seven hills in ancient Rome, which included the Palatine, Esquiline, Oppian and Caelian hills, with a man-made lake in the marshy valley. The actual size can only be approximated because much of it has not been excavated yet. There are some scholars that measure it over 300 acres (1.2 km2), while others estimate its size under 100 acres (0.40km2). It was designed as a place of entertainment, as shown by the presence of 300 rooms without any sleeping quarters. No kitchens or latrines have been discovered so far. Rooms sheathed in bright polished  white marble, with varied floor plans, completed with niches and exedras that played to concentrate or disperse daylight.

One innovation stands out as a big influence for future art: mosaics in the vaulted ceilings, which had been only seen on floors before. Today only a few survive, the technique would be extensively copied, eventually ending up as a prime feature of Christian art. There was also an ingenious mechanism installed that made the ceiling underneath the dome revolve like heaves, while perfume was sprayed and rose petals dropped when fancy dinners were hosted in the palace.

There was an extensive gold leaf that gave the villa the name of the Golden House, but it was not the only extravagant element of its entire decor: ceilings faced with semi-precious stones and ivory veneers, and the walls were painted, in coordination of different themes with each major group of rooms. 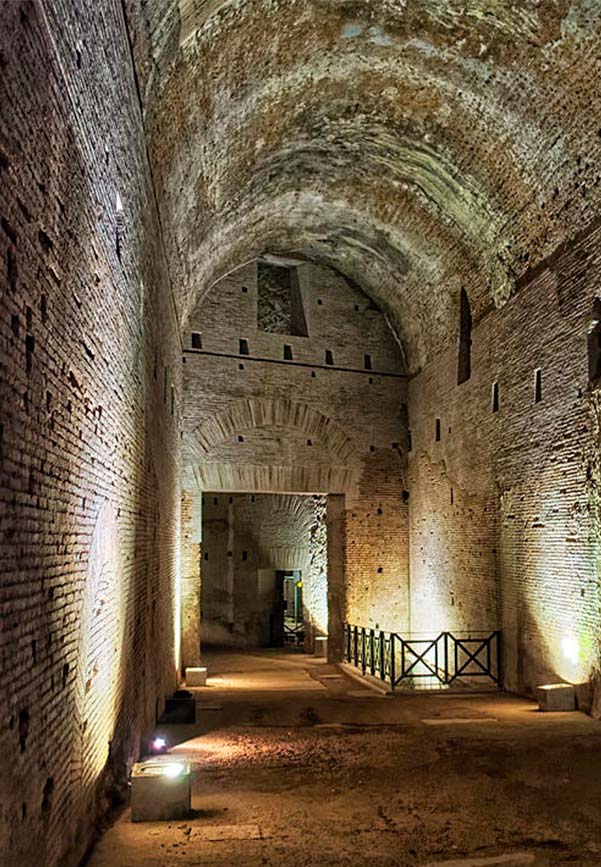 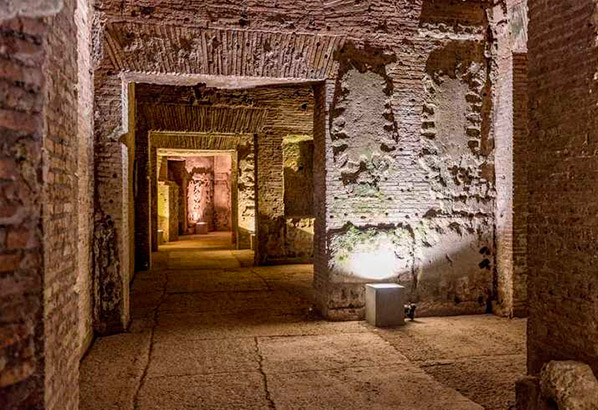 The Domus Aurea complex is an incomplete project and was considered as an embarrassment to Nero’s successors. After Nero’s death, Trajan built over the remains of the Golden House, and over the centuries the vast complex was buried underground. It was rediscovered during the Renaissance, when a young man tripped and fell through a hole and found himself in the subterranean, cavernous rooms of Nero’s Palace. The Golden House  was a major influence on Renaissance artists and modern art as well.

Paintings on the walls

One of the main features of The Domus Aurea were the frescoes that covered every surface within the palace. The main artist was one Famulus (some sources say his name was Fabulus), used the fresco technique, work on damp plaster and demands a speedy and steady touch. Famulus and his assistants went every day for only a few hours to work while the light was just right. The compositions have a unique delicacy and wonderful unity. Even after the palace was built over, the frescoes were still visible when the Domus Aurea was discovered in the 16th century, that inspired the grotesques of Raphael and his followers from wall paintings from the caverns in the palace. 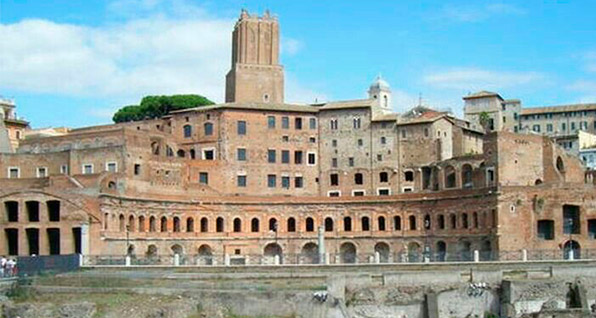 For the Domus Aurea vision, emperor Nero hired the architect Severus and the engineer Celer, who were already celebrated as masters of grand architecture. They designed two of the principal dining rooms to flank an octogonal court, overseen by a dome with a giant central oculus to let all the light in.