History of the Colosseum

The  Flavian Amphitheatre, the Colosseum’s original name, was commissioned around 70 and 72 AD by Emperor Vespasian of the Flavian dynasty as a gift to the Roman people. It was built as a concept from ancient wealthy Romans to hold funeral games to honor the dead. Romans from ancient Rome believed that human sacrifice rituals made during a dead person’s funeral would please their pagan gods and allow them a sure and satisfactory entry into the afterlife. The funeral games were paid by the rich and noble Roman aristocrats and Patricians as public events. 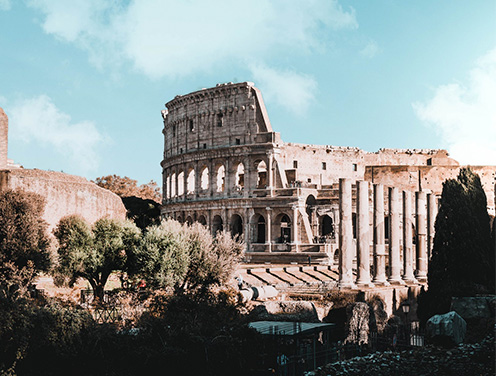 The Colosseum’s original purpose was to host funeral games to honor the dead of wealthy Romans. It was ancient Romans belief that human sacrifice rituals for their pagan gods would please them and grant them entry into the afterlife. Located east of the Roman Forum it was commissioned by Emperor Vespasian as a gift to the Roman people. In 80 AD, the son of Vespasian, Titus inaugurated the Colosseum with 100 days of games, including gladiatorial combats and fights between wild animals. Measuring about 190 by 155 meters, the Colosseum was the largest amphitheater known in ancient Rome. It was the main stage to entertain Roman citizens.

Why is the Colosseum Broken?

The Colosseum, built long ago in ancient Rome still stands today. The original building structure has been damaged over the centuries, and there are three main reasons as to why it isn’t complete today.

First, it was built centuries ago, under the reign of the Flavians which started around 70-72 AD and took about 10 years for the project to be completed. This means that from a historical point of view, it has endured natural wear and tear for the last thousand years.

Second, there have been several natural disasters like lightning strikes and earthquakes. And last but not least, because the Roman Empire fell and people began building new projects, and often they used ancient sites as quarries and used parts of the Colosseum’s structure for other buildings, like the cathedrals of St. Peter and St. John Lateran. 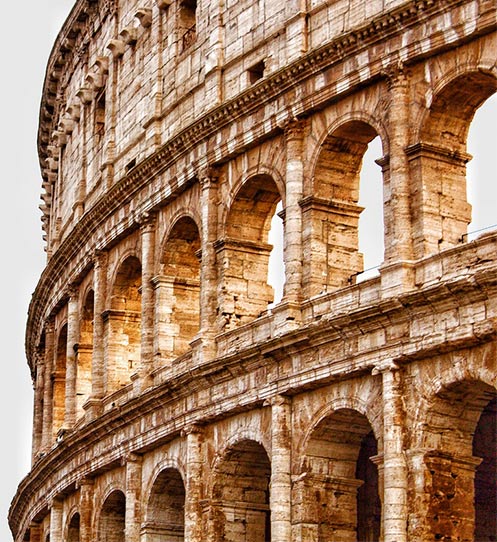 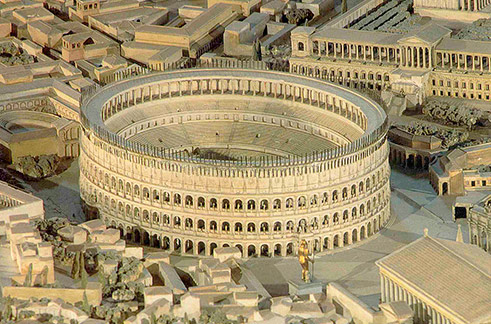 Original Structure of the Colosseum

Fights at the Colosseum

The Colosseum was an oval amphitheatre built in ancient Rome to entertain Roman citizens. It seated between 50,000 and 80,000 spectators over the centuries, who were shielded from the sun by a massive retractable velarium – also known as an awning. The main events hosted at the Colosseum were fights, specifically battles, and they witnessed thousands of hand-to-hand combats between gladiators. The gladiators were usually slaves, criminals of prisoners of wars, and on occasion they were able to fight for their freedom. There were also battles against animals, and even naval battles as well. Also, like many modern professional stadiums, the Colosseum had preferential box seats for the wealthy and power nobles. 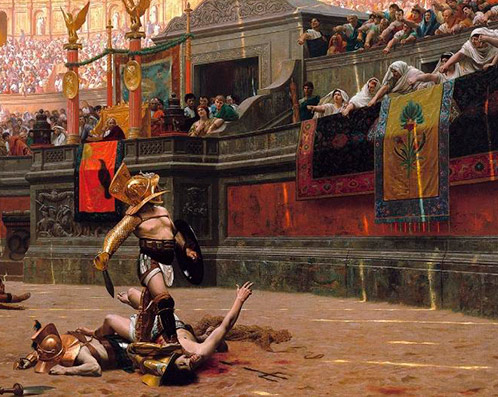 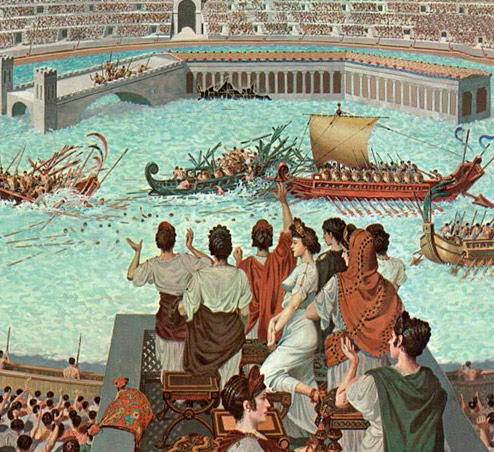 Water Battles at the Colosseum

The Colosseum is known as the world’s largest amphitheater and one of Rome’s most iconic building structures today. Aside from the hand-to-hand combats between gladiators that entertained the citizens of ancient Rome in the Colosseum, they would entertain the crowd with mock battles in the flooded arena. These were staged battles, called naumachiae, were held in places that were easily flooded thanks to the hypogeum installed years later. The first naval battle at the Colosseum was held in 80 AD, during the arena’s opening ceremony where Emperor Titus ordered the amphitheater to be flooded and had specially designed and made flat-bottomed ships that would navigate through shallow waters. Although there isn’t physical evidence available of the naval battles, there are several ancient writers that describe the events.

A gladiator – from the Latin word gladius which means sword – was known as an armed fighter whose sole purpose was to entertain people during the Roman Republic and Roman Empire era. The would face each other in violent confrontations with other gladiators, wild animals and condemned criminals as well. Most of them were slaves, schooled under harsh conditions, social outcasts, and segregated even in death. But some of them were volunteers that wanted to risk their lives and their legal and social standing. Disregarding their origin, gladiators offered the audience an example of Rome’s martial ethics and their deaths or victories, would inspire admiration and popular acclaim.

Animal Fights at the Colosseum

Animal fights at the Colosseum, also known as venatio in Latin, was one of the entertainment options held at the Colosseum that involved the hunting and killing of wild animals. From each corner of the Roman Empire they would bring exotic wild beasts to Rome and they would present hunts before the main events, the duels between gladiators. Although not all the animals were ferocious, most of them were. They varied between lions, elephants, bears, tigers, deer, wild goats, leopards, crocodiles, boars, hippopotamuses, wild dogs and even rabbits. This was introduced by Marcus Fulvius Nobilior, who celebrated his greek campaign by hosting games where gladiators lions and panthers.